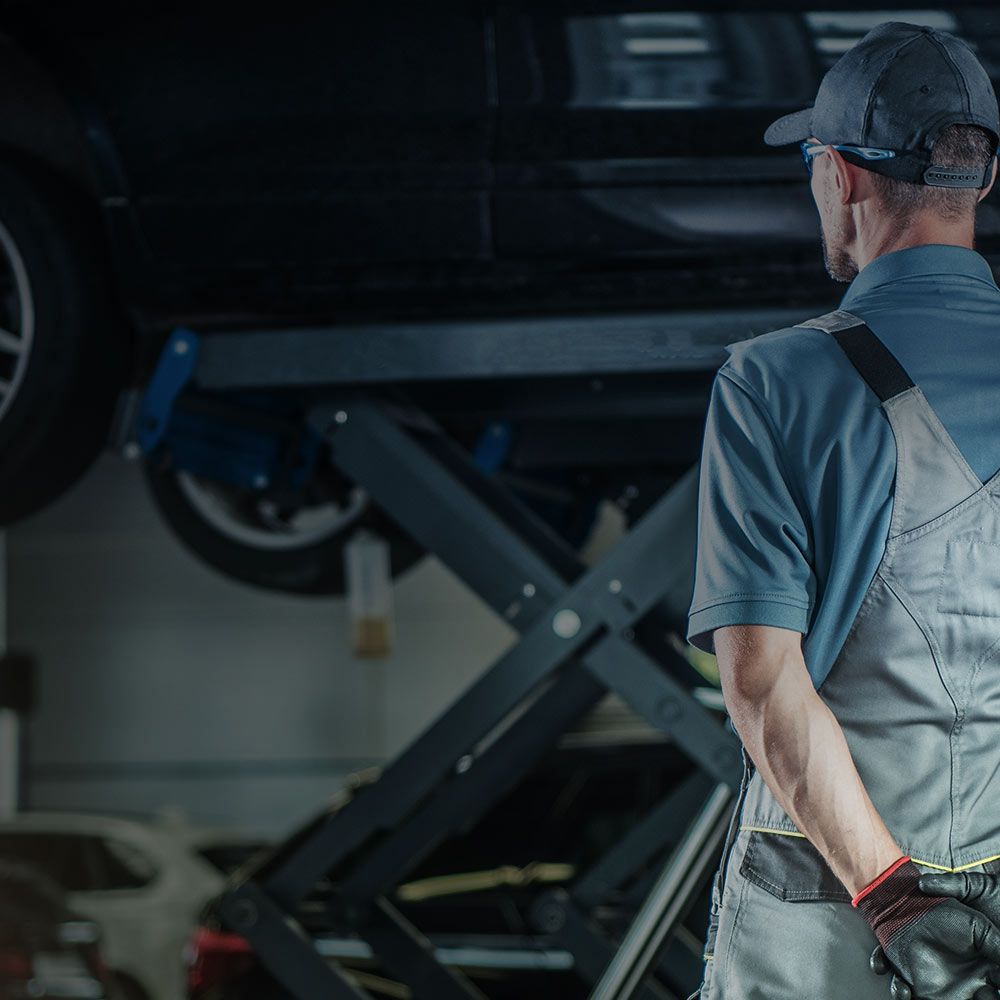 Auto defects can cause or make a car accident significantly worse.

Even if you think the “other guy” is at fault, poor car design and manufacturing may be the cause.

How can you find out the real cause of an accident? Ask an auto defect attorney: Wenholz | Dow, P.C., Trial Lawyers in Austin, TX.

When consumers purchase and drive a motor vehicle, they assume it will keep them and their families safe. Unfortunately, due to poor designs, poor manufacturing, or carelessness on a corporation’s part, certain defective vehicles may result in serious injuries or death. If that should happen, you need an attorney with specialized skills to assert your rights.

Cars and other vehicles have more safety options than ever. However, when safety and design features fail due to manufacturing or design defects, the results can be catastrophic.

The attorneys at Wenholz | Dow, P.C., Trial Lawyers in Austin, TX, are dedicated to helping accident victims with claims about defective cars. We will work hard to ensure that all negligent parties are held accountable for their actions while helping you pursue the compensation to which you are entitled.

If you or a loved one has suffered an injury due to a faulty airbag or another type of automobile flaw, we would like to hear from you.

Contact us online or by phone to request a free consultation and we can discuss your options.

Get Personalized Answers during a Free Consultation

What Should I Do First?  Preserve the Evidence: The Vehicle

The first thing you must do is to save the vehicle. Make sure the vehicle is protected and stored in conditions that will not alter it, particularly the defective parts. This is your main piece of evidence.

The second thing you must do is find a law firm that has actually litigated cases involving defective cars. The Texas law firm Wenholz | Dow, P.C., Trial Lawyers in Austin, TX, has successfully litigated cases against the country’s largest auto manufacturers. You need a law firm that knows what experts to get, what documents to ask for, and knows how to prepare the case for trial.

Wenholz | Dow, P.C., Trial Lawyers does not prepare your case for a settlement, we prepare it for trial.  By doing this, our attorneys maximize the value of your case should it settle.

The law firm has been part of some of the largest jury verdicts in Texas state history and its attorneys are respected members of the Austin legal community.

"Mr. Dow listened to the facts of my case and moved forward from there when no one else would. He kept me informed on every aspect and was able to settle the case to my advantage, for which I am very grateful." Susan

Drivers in Texas must carry a minimum amount of auto liability insurance in case of an accident. State law requires car owners to have at least $30,000 of coverage for injuries per person, up to a total of $60,000 in coverage per accident.

While Texas requires liability coverage to operate a motor vehicle in the state, the coverage amounts are not always enough compensation if someone is seriously injured, paralyzed, or killed in an auto accident. However, if there is an auto defect, you may have found another source of compensation for your accident. An auto defect case is a type of product liability, which may allow you to seek compensation from the designer and manufacturer.

Not every attorney has the specialized background needed to go up against high-profile and well-funded companies like car manufacturers. If you have suffered personal injury or a death as a result of this type of product liability, you'll need an attorney with the right set of legal skills.

What Experts Do I Need?

The team at Wenholz | Dow, P.C., Trial Lawyers in Austin, TX, has the resources to provide your auto defect case with world-class experts to take on the largest auto manufacturers.  The majority of all cases involving defective parts require the following experts:

This is typically a professional engineer. The type of defect involved will dictate the kind of expert you need. If it is a seat belt failure, an expert on how seat belts should perform in an automobile. If it is a rollover accident, you will need an expert on the stability of a motor vehicle. Regardless, your design defect expert typically analyzes automotive destructive and non-destructive tests and evaluates automotive safety devices, automotive structural components, and crashworthiness systems.

These are experts who specialize in causation of the injuries – all aspects of the mechanism of injury to the occupants in a vehicle, biomechanics, and occupant kinematics. In essence, this is an expert who testifies on how bodies move in a vehicle when it is in an accident.

If someone has died, an economist takes facts regarding the family, sometimes utilizes the U.S. Bureau for Labor Statistics, and puts a number on how much someone would have likely earned had they lived.

In other cases, someone may not be deceased, but they may be disabled, preventing them from working for the rest of their lives. An economist will be able to place a number relating to this person’s lost earning capacity.

In either situation, an economist will be necessary to tell the jury the value of daily activities that may at first seem impossible to compensate.

A forensic pathologist can determine how a defect caused the injuries and resulting death of a passenger.

What Do I Need to Prove?

A “manufacturing defect” means that the product deviated in its construction or quality from its specifications or planned output in a manner that renders it unreasonably dangerous.

A “design defect” is a condition of the product that renders it unreasonably dangerous as designed, taking into consideration the utility of the product and the risk involved in its use.

For a design defect to exist, there must have been a safer alternative design. A lawyer must be able to prove this design would have prevented or significantly reduced the risk of the injury in question without substantially impairing the product’s utility. Furthermore, it must have been economically and technologically feasible at the time the product left the control of the auto manufacturer.

A marketing defect relates to defects in the warnings and instructions related to the product. A defect in the warnings means that there was a failure to give adequate warnings of the product’s known or potential dangers and that said failure rendered the product unreasonably dangerous as marketed.

Additionally, these warnings must have been "adequate" - in other words, they need to have been given in a form that could reasonably be expected to catch the attention of a reasonably prudent person. The content of the warnings must be comprehensible to the average user and must convey a fair indication of the nature and extent of the danger and how to avoid it.

Have You Been In a Car Accident?
Do You Suspect It May Be Related to Vehicle Imperfection?

The attorneys at Wenholz | Dow, P.C., Trial Lawyers in Austin, TX, are happy to provide free consultations for initial case reviews to assess your case.

Contact us today to determine if you have a case.

"After having been dropped by another lawyer regarding my case, I was giving up on it. Right before the statute of limitations was out, a friend told me to call Luke. He met with me and got the case filed before the deadline ... his results exceeded my expectations!" Greg Lawrence

When vehicles roll, their roofs hit the ground and can deform and crush inward into the passenger compartment or “survival space.” The stronger the roof, the more survival space, and the safer passengers are in these types of accidents. Stronger roofs can prevent occupants from being ejected from vehicles when, and if, the roof does deform in any way during an accident.

Per the Insurance Institute for Highway Safety, more than 10,000 people die each year in rollover crashes. These deaths can be prevented if the roof of the vehicle had been made stronger. The original Federal Motor Vehicle Safety Standard 216 required that a vehicle’s roof be able to withstand a force of 1.5 times the weight of the car. The rule was extended in the early 1990s to include all passenger vehicles up to a gross weight rating of 6,000 pounds.

While this has since changed further by Standard 216a, many SUVs and pickups on the road today are still under the old Federal Safety Standard and are considered exempt. This is a serious safety hazard in the United States.

Per the Insurance Institute for Highway Safety-Highway Loss Data Institute, a crashworthy design reduces death and injury risk. Structure and restraints (safety belts and airbags) are the main aspects of a vehicle’s design that determine its crashworthiness. Good structure means a strong occupant compartment or safety cage, crumple zones to absorb the force of a serious crash, side structure that can manage the force of a striking vehicle or struck object, and a strong roof that won’t collapse in a rollover.

Crash tests are used to evaluate a vehicle’s structural design and restraints. The Insurance Institute for Highway Safety (IIHS) rates vehicles good, acceptable, marginal, or poor based on performance in high-speed front and side crash tests, a roof strength test for rollover protection, plus evaluations of seats or head restraints for protection against neck injuries in rear impacts. The federal government’s New Car Assessment Program also evaluates new vehicles for protection in front, side, and rollover crashes.

The Insurance Institute for Highway Safety-Highway Loss Data Institute states vehicles roll over in one percent of all crashes, but these crashes account for about a third of passenger vehicle occupant deaths. Electronic Stability Control (ESC) makes a vehicle less likely to roll over. ESC helps prevent the sideways skidding and loss of control that can lead to rollovers. It reduces the risk of fatal single-vehicle rollovers by more than 70 percent. As of the 2012 model year, all passenger vehicles must have the technology.

The attorneys at Wenholz | Dow, P.C., Trial Lawyers in Austin, TX, handle all types of claims involving automobiles. From defective seatbelts to airbags that fail to deploy properly to tires involved in blowouts and serious accidents, we will protect your interests while working to maximize your recovery.

These types of cases can be complex. A thorough investigation is often in order to determine whether liability lies with the auto manufacturer, a parts supplier, distribution chains, or other parties. We will examine all aspects of the accident in an effort to ensure that those who are negligent are held accountable for their actions.

"I was in a horrible car accident a few years ago ... David got me the settlement I deserved." Jasmina